This article includes information about the following:

Cities from around the world celebrate International Pillow Fight Day on the first Saturday in April each year.

In 2019 the Vancouver Pillow Fight takes place on Saturday, April 6th, in the north plaza of the Vancouver Art Gallery which is located in the 800 block of Georgia Street by Howe Street in downtown Vancouver. The event starts at 3:00 pm sharp and lasts for less than 30 minutes.

(Note: In recent years the event has taken place in the south plaza outside the art gallery, so on the Robson Street side around Robson Square. In 2019, however, the plan is for it to take place in the north plaza, so near Georgia Street. Plans may change, however, so watch out for pillows and flying feathers all around the area.)

What Happens at the Pillow Fight

At the pillow fight people show up with their pillows, try to look inconspicuous up until 3 o’clock, and then suddenly en masse bring out their feathery weapons and start swinging.

Not everyone participates in the fight, but many do. In addition to people swinging pillows, there are also lots of folk there to take photos and just watch the fun.

The entire event lasts for just minutes, it takes place rain or shine, and by the end there are feathers everywhere!

Yes, in order to keep everyone safe and happy, there are rules for the pillow fight. Here are the main ones:

Here are some tips to help you enjoy the International Pillow Fight Day in Vancouver:

For a list of events in other cities around the world from previous years, visit the International Pillow Fight Day Facebook page.

For a list of other things to do in Vancouver this time of year, check out our April Calendar or Festivals & Events Calendar. 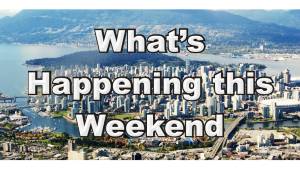 Vancouver’s Dinner With a View at Ambleside Park in 2020

Dine Out Vancouver Places with a View

Information on this website is accurate to the best of our ability at the time of writing, but actual details may vary. Vancouver's Best Places does not accept responsibility for loss or inconvenience due to errors. For the most up-to-date information see relevant official websites.
We use cookies and other tracking technologies to improve your browsing experience on our website, to show you personalized content and targeted ads, to analyze our website traffic, and to understand where our visitors are coming from. By browsing our website, you consent to our use of cookies and other tracking technologies.Accept
Privacy & Cookies Policy
Necessary Always Enabled