A popular landmark in Vancouver’s Stanley Park is the First Nations art area near Brockton Point. It has nine totem poles, other Indigenous art and a gift shop.

The site is one of the most visited and photographed places in the park, and in all of Vancouver as well. It’s a must-see destination for tourists, especially ones travelling from abroad.

Stanley Park is Vancouver’s largest urban park, covering just short of a thousand acres of land between the City of Vancouver and West Vancouver (but within the former of the two municipalities). The park features a large forest, a fantastic and world-famous seawall, multiple beaches, stunning views and more.

There are many landmarks to check out within Stanley Park. Among the most famous are the First Nations totem poles and art displays not far from Brockton Point and the Brockton Point Lighthouse in the far southeast corner of the park. All tour busses stop here to allow their passengers to take photos.

The First Nations art area has a gift shop for tourists to explore and purchase souvenirs from. There are public washrooms nearby too.

See below for a video of the totem poles and other Indigenous art in the area. Check out our articles about Stanley Park in Autumn and the Stanley Park Seawall for other similar videos.

The first of the other two articles has a video featuring the entire park in November. The second includes a video with footage of the park in early spring. For a video of what Stanley Park looks like from your car, see our main article about Vancouver’s Stanley Park.


There are a total of nine totem poles at Stanley Park. You’ll notice that some of the poles are painted with bright colours, and one or two are not. The display of totems has been at Brockton Point since the 1960s, and the newest pole was added in 2009.

Interestingly, the majority of the totem poles are not actually from the Vancouver area. They are all from British Columbia though. Except for the newer local art pieces, most are also replicas of the originals.

Four of the totems are from Alert Bay on Vancouver Island. Others are from Haida Gwaii (formerly called the Queen Charlotte Islands) and River’s Inlet (on BC’s west coast close to halfway up the province).

The newest pole is the only one made by a Vancouver-area artist. It was carved by Robert Yelton of the Squamish Nation and set up in Stanley Park in 2009. It’s the tall pole near the entrance that stands on its own. It’s not as colourful as some of the others. That’s not because it’s old, but because it’s more the style of local Indigenous art instead of art from regions like Haida Gwaii.

The totem pole area at Stanley Park also has three wooden gates carved from red cedar by Vancouver artist Susan Point of the Musqueam Nation and her collaborators. Installed in 2008, these art pieces reflect the style of traditional Coast Salish architecture and design elements.

Not far from the other art is a more modern-looking bronze sculpture featuring Portuguese-Canadian Joe Silvey, who was a pioneer and gold prospector. He lived with his family in the area in the 1850s.

Silvey was married to a couple of Indigenous women who are also depicted in the piece of art. Khaltinaht was his first wife, who died, and Kwatleematt was his second wife. Installed at Stanley Park in 2015, the art is a bronze sculpture originally carved from wood by Coast Salish artist Luke Marston.

Where are the Totem Poles?

The totems and other Indigenous art can be found at the eastern tip of Stanley Park in an area known as Brockton Point.

If cycling from Vancouver, pass the Vancouver Rowing Club and continue along the road or seawall until you see big fields and a wooden gateway on your left. This is the main entry point to the totem pole area, and it’s located just before Hallelujah Point. Across the water in the other direction from the displays of Indigenous art, you’ll see the skyline of downtown Vancouver.

If driving from Vancouver, the most direct route to the totem poles is from West Georgia Street. Stay right to enter Stanley Park and then take the first exit at the roundabout. Less than five minutes later, enter the parking lot on your left that’s in front of the large open fields. Walk towards the wooden gateway from there.

The Legends of the Moon gift shop is at 1501 Stanley Park Drive, which is located just steps from the art.

The video below features the outdoor Indigenous art in the fall of 2020. As you can see, there are a number of pieces of varying types, styles and sizes. The entire area is beautiful year-round, but especially so in autumn with the trees in their fall colours.

For more information about the park in general, see our article about Stanley Park.

The City of Vancouver is on the unceded traditional territories of the Musqueam, Squamish and Tsleil-Waututh First Nations.

Check out Forbidden Vancouver for information about a walking tour company that offers guided tours around Stanley Park.

Other articles that may be of interest include the following: 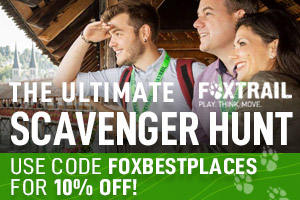